If you have already toured the northern part of Italy and are looking for something equally fascinating, completely different and much less crowded, then consider Puglia. Apulia as it is known in English, is Italy’s boot heel, its southeastern most region. Gateway to and from the East, it has been conquered by legions of foreign rulers. One of which was Frederick II (1194-1250), the last Emperor of the Hohenstaufen line. An enlightened man, he built many castles which still grace the region, along with acres and acres of vineyards and olive groves.
Apulia produces one-tenth of the wine drunk in Europe; and its olive oil is renowned. Traditionally both of these commodities were mainly used to dilute their finer counterparts up north, but lately the local food artisans have begun creating some first-rate oils and vintages that are available throughout the region. They perfectly complement the super-fresh seafood and vegetables that are the staples of ‘la tavola pugliese’.
It offers at least one excellent archeological museum, a host of cathedrals dating back to the 10th century, several deserted – and thus highly atmospheric – Greek and Roman ruins, a gleaming necklace of lively fishing villages, one of Europe’s largest forests, a chain of medieval hill towns, and some of the very cleanest beaches and water in the Mediterranean. It also has its own subspecies of architecture, called barocco leccese. Characterized by extremely ornate carvings that cover the entire surface of churches and palazzi, its apex is reached in the delightful little city of Lecce. 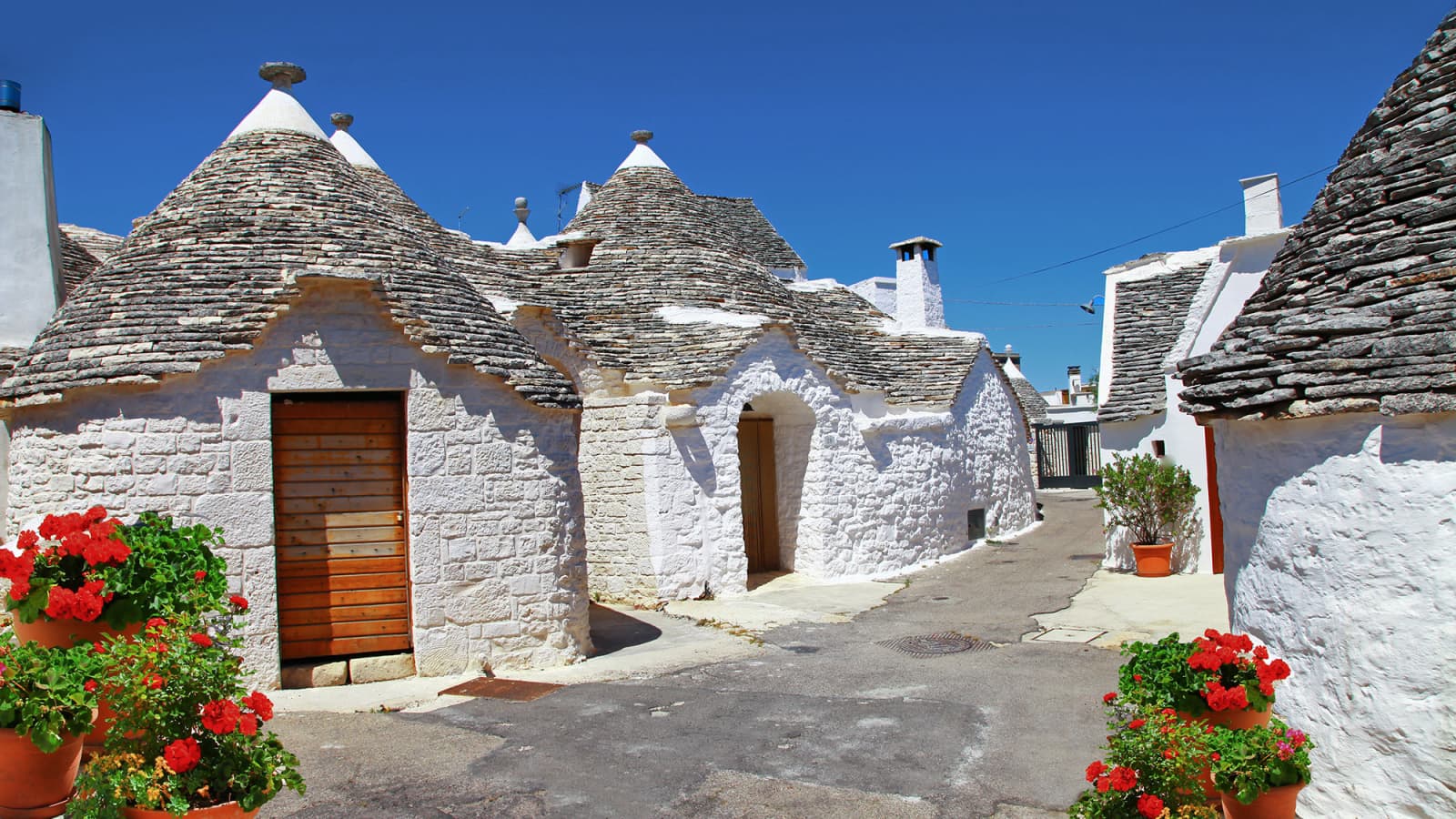 SAVELETRI DI FASANO
Set on the Adriatic coast, Savelletri is quite simply spectacular with its charming small fishing port, the old buildings on the rocky reefs, its many fishmongers and a choice of romantic restaurants. Savelletri is a hamlet of the municipality of Fasano, just 45 km from Brindisi. Its sandy beaches and small rocky reefs include both public areas and serviced lidos; obviously it’s in spring and summer that this corner of Puglia is at its best. Close to Savelletri there are a number of interesting places to visit, all just a short drive away. For example, not to be missed are the Archaeological Park of Egnazia, the Safari Zoo, the Aragonese Castle of Brindisi and the localities of Cisternino and Ostuni.

MONOPOLI
Sitting on Puglia’s Adriatic coast around 30km south of Bari, Monopoli is a lovely town where you can mix a dip in the sea with a good lunch and a wander around the old town centre. Like so many towns on the Adriatic, Monopoli’s history has been thoroughly influenced by its east-facing position and its fortified sea-front walls and castle tell many a story.

OTRANTO
Otranto is Italy’s easternmost town. But it is much more than just that: its mix of history, architecture, views, sea-front restaurants and white sandy beaches makes it one of Puglia’s most interesting, charming and picturesque towns. Otranto sits right on the Adriatic Sea, gazing out across its eponymous strait towards the Balkans and Greece, a strategic position that has profoundly influenced
its history. In Roman times, it became an important commercial port – there was a significant Jewish population of traders – but also a departure point for Roman military expeditions to the east, as testified to by two marble pillar bases recording the transient presence of Emperors Lucio Vero and Marco Aurelio. For a period Otranto even overshadowed Brindisi.

LOCOROTONDO
Locorotondo is a small town in the region of Puglia in southern
Italy. It is situated between Martina Franca and Alberobello in the ric Valle d’Itria, a green stretch of countryside dotted with the famous whitewashed cone-roofed Trulli houses. It is officially one of the Borghi più belli d’Italia, the most beautiful villages in Italy. As well
as its picturesque appearance the town is also known for its wine production. The town lies in the Province of Bari.

TORRE CANNE
Torre Canne is a beach resort that is officially part of Fasano. The town’s natural hot springs have attracted visitors for more than a century, drawn to the curative mineral-rich waters which are also said to offer beauty remedies. It’s one of the few coastal towns that doesn’t possess a defensive castle, but it does boast a tall and lovely lighthouse that still stands sentinel over the sea to protect sailors and add a dose of ambiance. The beaches here are the main attraction – long, wide swaths of golden sand fronting the shallow pristine waters of the Puglian part of the Adriatic. The town offers a quaint and laid-back atmosphere with beachfront restaurants and cafes and a smattering of shops.