Located in the Veneto region in Northern Italy, Verona is only half an hour’s drive from Lake Garda, is also surrounded, to the north and east, by the hilly landscapes of the famous Valpolicella and Soave wine districts.
Verona is a lively city with the Old Town, framed by the River Adige to the north, east and west, as the picturesque centre for cultural activities, tourism, shopping and nightlife. You will find most of the best restaurants here too. Known by most for its Roman amphitheatre, the Arena, one of Italy’s largest and the home of its annual summer opera festival, Verona also boasts one of Italy’s finest Romanesque churches as well as one of the country’s most beautiful Renaissance gardens. The city’s old castle, Castelvecchio, is a famous attraction in its own right too, built by the powerful della Scala family in the Middle Ages and restored in the 20th century by world-famous architect Carlo Scarpa.
Arguably, however, the reason behind Verona’s thriving tourist industry has less to do with architecture or history than with literature – William Shakespeare’s romantic and tragic play about the young lovers Romeo and Juliet is set in the city, and such is the power and resonance of this story that every year a stream of tourists flocks to Verona to visit the famous courtyard and balcony at Casa Giulietta (Juliet’s House) on Via Cappello in the Old Town.

Make the most of your time in Verona 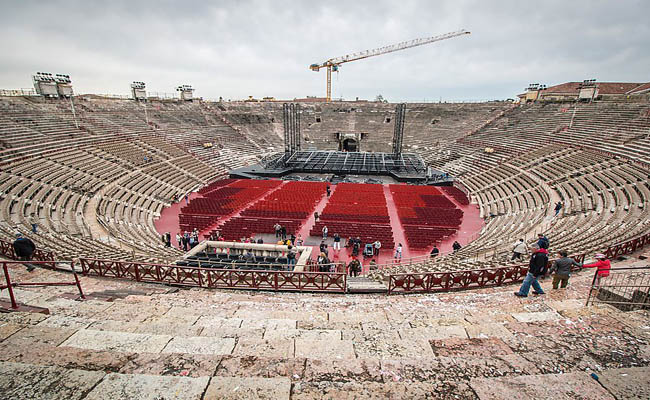 Explore this wonderful symbol of Verona on a tour that will take you on a journey into another era; experience the magic of one of the best preserved Roman amphitheatres in the world.
As you are dropped into a period of ancient history, you will hear thrilling accounts of the cruel events that captivated audiences in the arena all those centuries ago, involving Roman gladiators and ferocious beasts, as well as other curious anecdotes and legends that will be revealed by our professional guides.
Built in the 1st century B.C., in white and pink marble, the impressive theatre survived the 12th century powerful earthquake almost intact and still remains the

most important theatre in the city, and the whole of northern Italy, above all thanks to the quality of the acoustics. The Verona Arena is the annual venue for famous international festivals and large-scale classic opera performances, and attracts artists and musicians from all over the world.
There will be plenty of opportunities for you to take some amazing photos, with stunning views of Piazza Brà, as a souvenir of this beautiful monument.

Guided walking tour of Verona in a small group

Walk through the main streets of the old town, accompanied by one of our expert guides. The first stop is Piazza Bra’, one of the loveliest squares in the city, and home to the symbol of Verona: the magnificent Arena. The walk will continue through the charming narrow streets of the old town, where your guide will take you back in time through the history of this wonderful city, as you admire the key monuments from Roman and medieval times, such as the stunning Cathedral and the Scaliger Tombs. As you move further into the heart of Verona, the atmosphere becomes increasingly romantic: the moment you have all been waiting for has finally arrived! You are now about to relive the emotions and anguish of the greatest love story ever told: Shakespeare’s masterpiece, Romeo and Juliet. The bard chose this city especially as 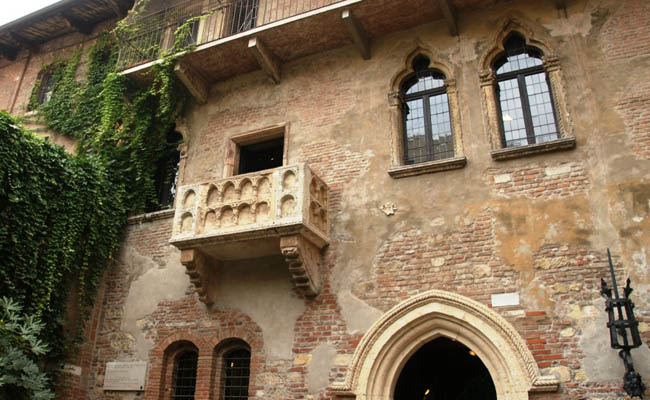 the backdrop for the tragic events that descend upon these two lovers. Your guide will take you to the courtyard overlooked by the famous balcony at the home of the Capulets, on which Juliet stands to deliver her famous monologue that seals the young couple’s eternal love.
The last stop on this guided walking tour is in the wonderful Piazza delle Erbe, where you can admire the ancient monument of the Madonna Verona fountain, with its large basin containing thermal water, as well as other famous monuments such as the Lamberti Tower.
A perfect introduction to the city, suitable for both art lovers and first-time visitors to Verona!

Food & wine tour of Verona in a small group 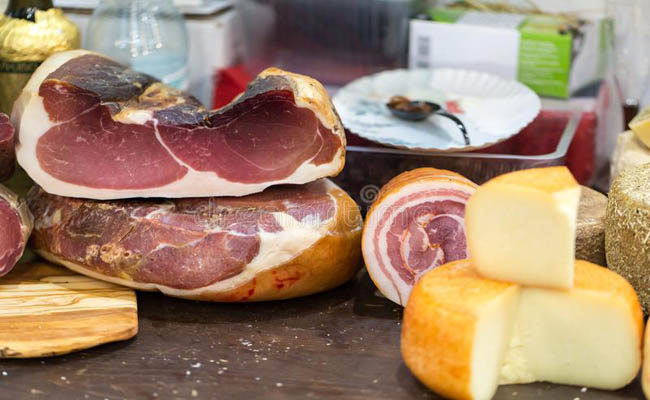 Meet up with our guide in the heart of Verona and they will lead you on a journey of discovery of the traditional cuisine of this wonderful city, starting off with a good coffee.
The tour starts with a walk through the charming narrow streets of the centre, leading to the first typical bottega, where you can taste some exquisite local cheeses and salami (cured meats), accompanied by some delicious bread, freshly baked on the premises. Our gastronomic artisans will entertain you with their interesting and enjoyable traditional practices, perhaps revealing the odd secret or two.

Your tour then continues with visits to some of the best botteghe, where you can savour yet more excellent typical Italian products, as you work your way towards the central square to taste the finest wines of the region. You will enjoy the heady notes of the famous Amarone wine, a unique and exclusive product from the city of Verona, and the irresistible, intense flavours of the other classic Valpolicella wines. Our experts, meanwhile, will entertain you with interesting stories and anecdotes relating to their production.
And if you still have room, after all these rich Italian flavours, your tour will finish on an experimental note as you enter the magical world of Italian street food. And finally, if the high temperatures are too much to bear, you can always cool down with a refreshing ice cream.